Since acquired by Facebook in February 2014, the popular messaging app is expanding its services greatly (Hartung, 2014). After introducing the web platform earlier this year, it now has rolled out a voice calling feature. The feature was rolled out for Android users last month and will now be expanded to the IOS platform (Bell, 2015).

Similar to the web application, the voice calling feature will rely on a wifi or data connection. Like Skype and Viber, users will not be charged for minutes (i.e. from their phone carrier), thus making it easier for users to connect with others across the globe.

As an android user, I have already been able to use the voice calling feature. It’s definitely convenient to call someone right from the app itself – especially if you notice you’re having a lengthy conversation over text. I think the app should look into video calls as that would be a great new feature and will allow it to take on Skype.

Included below is an image of how the feature looks like on an Android device. 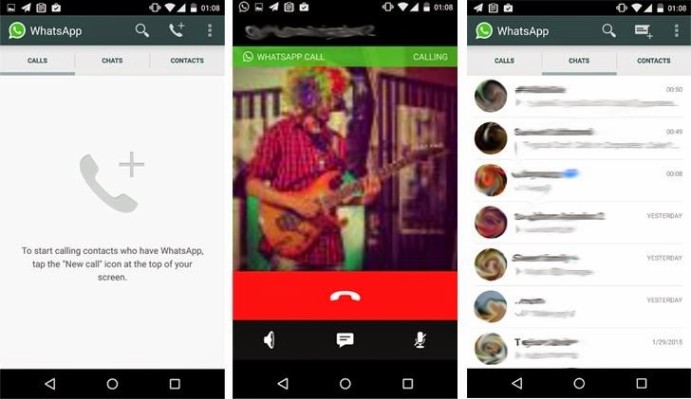 Along with voice calling, the app has also introduced its own sharing extensions. Through these extensions, users will be able to share images, videos, and links from other platforms (i.e. Youtube) to their Whatsapp contact.

If you’ve tried the new voice calling feature, what did you think?